From the beginning, I had a single-minded ambition to document and preserve the oral histories and living memories of my parents’ generation. When you speak to older Cypriots who remember Cyprus before 1950 you get the sense that they had a simpler, yet wonderful life. Yes, they were poor, perhaps even ignorant, and their life was hard but they seemed content with what they had. Once I realised that Cyprus in the past was a completely different world, I had to go and investigate. 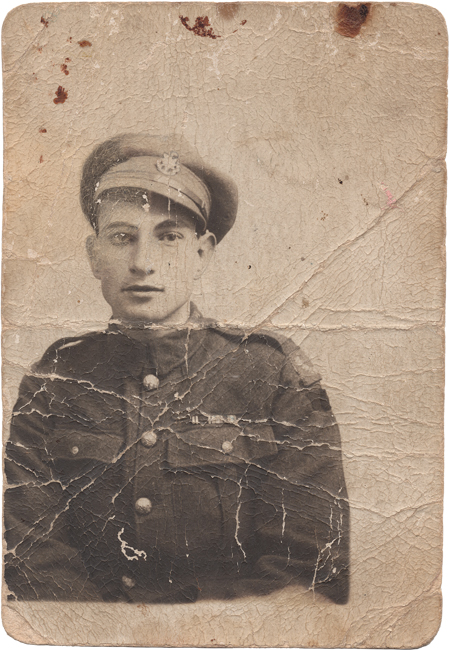 I deliberately chose to focus on the period pre-1950 as I did not want to get into the political issues that arose on the island thereafter. Besides, the political ideology and propaganda that eventually divided Cyprus in 1974 is still furiously contested and I find the ongoing debate very counterproductive. I would much rather discuss the period pre-1950, that I often refer to as the golden era.

It may be rather cliché to admit, but once I became a parent I quickly developed a renewed respect for my own parents. I had been dismissive of their life before then and I never really appreciated that the intricate nature of their mindset was hardwired by their cultural beliefs.

It took a certain maturity for me to realise that both my parents belonged to a special generation and a unique period in time.

The quest to discover my ethnic roots and ancestral home began with a lengthy interview with my father. What a world I discovered. A world far removed from my own, with experiences I knew very little about. Although my father had always shared snippets of his past life with me, it wasn’t until I asked him specific questions that he truly opened up.

My father arrived in Australia in early 1950, after the war, seeking a better life. Three years later, he saw a photo of my mother and decided to bring her over to Australia with the hope of marriage. It was an arranged marriage, which was very common at the time. I have to say they really made it work. There was a respect and tolerance that you seldom see in couples nowadays. No matter how tough their life and their marriage was, my parents never threw in the towel. They never gave up. What fascinated me about my parents’ life and the decisions they had to make was just how accepting they were with everything that happened to them. Compared to my generation, they were from a different planet altogether. 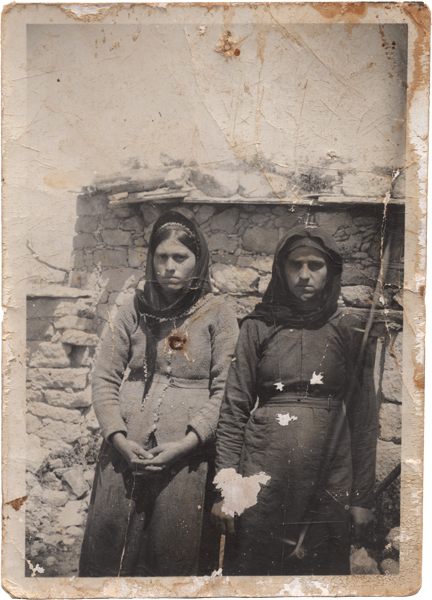 I have been intoxicated by my Cypriot culture from the time I first stepped foot on the island as a young boy. It’s been quite a discovery and adventure ever since. Wandering through the mountains and along the cobblestone paths of a traditional Cypriot village. Sitting outdoors in the village square amongst a hundred relatives basking in the glory of a traditional home cooked feast. Accompanying my vraka-wearing grandfather to his vineyard to collect grapes as I rode on his donkey. Eating freshly baked bread cooked in a wood fire oven served with olives and home-made haloumi cheese.

In this book I have unearthed the recollections of those who remembered what the island was once like. This very creative generation made the most of what they had. It is not that I am romanticising the past – far from it. Things were undoubtedly tough; poverty, unemployment, malaria, high infant mortality and disease all abounded. However, there existed a powerful connection between people and their community and I believe it is this attribute, that gave Cypriots the strength to survive such hardships. That is the essence of what I am trying to communicate through Tales of Cyprus.

At its core, Tales of Cyprus is also a story of migration, a story of how the Cypriot diaspora has managed to keep the customs and traditions of the past alive. In some cases, I have discovered that the Cypriot diaspora has maintained a more traditional moral code than many who chose to remain on the island. With regards to migration, it is amazing to contemplate how many Cypriots left their island to escape economic hardships or some form of persecution.

Throughout many of the interviews I conducted, there was an underlying sense of loss. I saw many tears and sad smiles. I believe that this grief was for the loss of the life people once knew. For many of my interviewees, this was the first time they had really spoken about their past. Opening up about their homeland was an emotional experience for them. They still missed their villages and loved ones, and they spoke about their past life with such fondness. There was a real sense of nostalgia and even regret for an era that no longer existed.

During the initial stages of my ethnographic research, I realised the importance of preserving the images of the past; namely, old family photographs. Each family that I visited had perhaps two or three vintage photographs that had travelled with them from their home. These precious keepsakes are the link between the past and the present. The presence of these photographs in Tales of Cyprus ensures that these images will not be forgotten.

For me, this project has been bittersweet. To be welcomed into peoples’ homes to hear first-hand the accounts of their past lives was a real privilege, always a sweet moment. However, many of the people I met and interviewed were living lonely lives. They didn’t have many visitors to their homes anymore, as many had lost their closest relatives and friends. Their children and grandchildren have their own lives, and are often too busy (or live too far away) to visit. I do try to go back and visit these people whenever I can. As I see it, they are now part of my community. 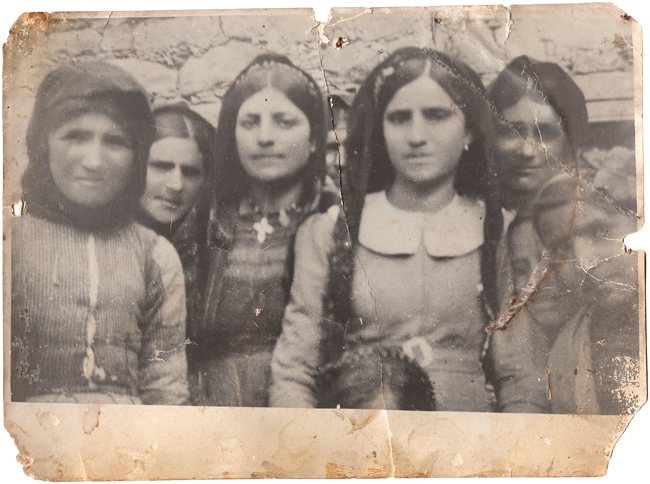 Tales of Cyprus has evolved into something quite different from its beginnings in 2014. Back then, my intention was to conduct interviews and scan old family photos to help inspire a series of drawings about the past. Along with the drawings, I also created a set of vintage-style travel posters, which formed the basis of my first-ever Tales of Cyprus exhibition in Melbourne. Over 1,500 people came to see my exhibition in December 2014. The majority were from the diaspora – both Greek Cypriot and Turkish Cypriot. It was a wonderful celebration of our combined heritage and intertwined past.

This book was written partly as a response to the public demand that resonated from my weekly posts online and partly from the realisation that there were very few publications of this kind. Any books that did examine Cyprus of old were written in either Greek or Turkish so there was also a need for an English book accessible to younger generations and people of other cultures.

Regardless of whether you have a connection to Cyprus through ancestry or otherwise, this book will appeal to anyone who appreciates how looking towards the past helps make sense of our present – and hopefully improves our future.

I hope the stories that I have documented within this volume provide a nostalgic appreciation of Cyprus of old. I hope they will help to validate the importance of a very special generation of people. Our lives have more meaning and purpose simply because of the sacrifices they have made.

Through these stories and the reproduction of old family photographs, I wish to pay tribute to a bygone era; an homage to a way of life that my parents and their generation knew and had been a part of. I have often said that my parents’ generation will be the last to have lived and witnessed that way of life. That is why I also say that we shall, sadly, never see their kind again.

Tales of Cyprus is also a European story. Many countries in southern Europe have experienced the same breakneck transformation from the past to the present. This catapult into the 21st century can sometimes strip away the authentic cultural landscape of a traditional lifestyle. The Cyprus that my parents knew is now a distant memory. This book recalls that beautiful time in the past through the images and voices of those who experienced it.

SO SORRY! THIS BOOK IS NOW SOLD OUT!